Apartment building with a total of 120 apartments. 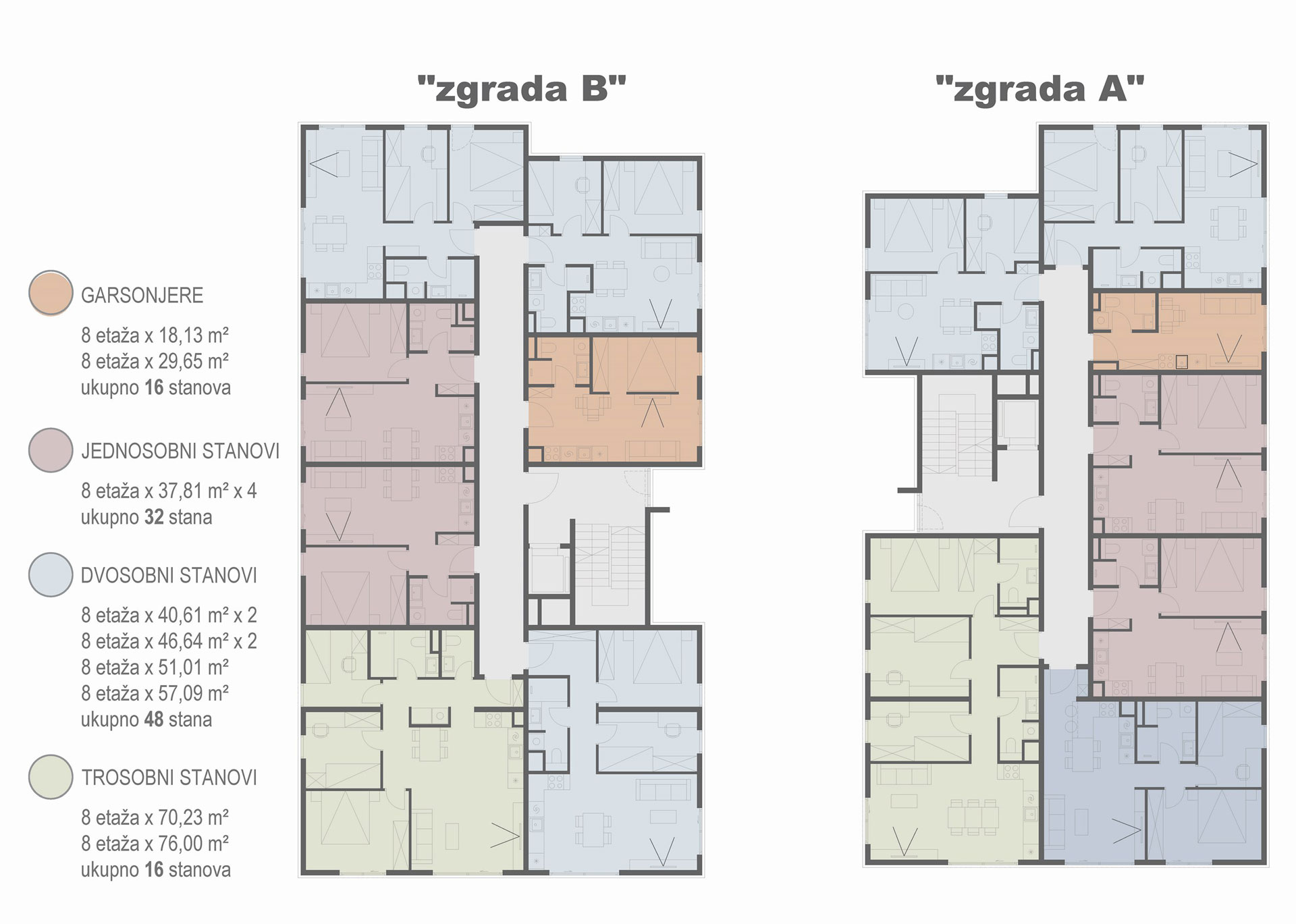 Apartment buildings in the area of ​​Mejaši above the Mall of Split center.
Quality housing, accessibility and a number of apartments adapted to people with reduced mobility, are just some of the advantages of this project.
The combination of modern architecture and green areas in the environment, provides comfort and quality of life for all ages.
Three underground garages and eight above ground floors.

Split is the second largest city in the Republic of Croatia and the largest Croatian city on the east coast of the Adriatic Sea. Bounded by mountains, Mosor in the northeast and Kozjak in the northwest, it is located between the rivers Žrnovnica in the east and Jadra in the north, plunging west into the sea with its peninsula, where the Marjan forest stands out and crossing to the island of Čiovo. As much as 15 kilometers of promenades along the sea make an ideal connection with the stone streets of the old town, spreading the spirit of the Mediterranean. Split is an important cultural and traffic center, the second largest Croatian port and the third passenger port in the Mediterranean. It is a university center and the administrative center of the Split-Dalmatia County. The port of Lori on the northern side of the peninsula is the seat of the Croatian Navy. After Zagreb, it has the largest number of diplomatic, consular, and missions of international organizations in Croatia. The center of the city is Diocletian's Palace, which was built from 295. to 305. by the Roman emperor - reformer Gaius Valerius Aurelius Diocletianus. Split is also recognizable in the world for its athletes. There are more than 200 different clubs active in the city with about 15,000 athletes. In terms of population, it is among the cities with the most successful athletes who have won Olympic, world and European medals. The promotion of Split as a destination worth visiting is accompanied by the growth of cultural, festival, gastronomic and other contents. This has contributed to the strong growth of the tourism industry - the construction of new hotels and apartment offerings in private accommodation. Thus, Split, from a transit-tourist center, has become a mecca for tourists from around the world.